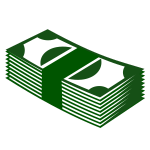 Three providers that offer really cheap VPSes without Cpanel and are unmanaged are:

OVH.com is another major French web hosting company. The cheapest web hosting plan starts at $3.49 per month. This VPS includes 1 core, 2 GB of memory, 10 GB of SSD storage, and uses OpenStack KVM. There are a few other VPS plans offered by OVH. Each varying in the technology and the usual storage, memory, and CPU power.

LeaseWeb is a major Netherlands based web host. LeaseWeb is more known for their dedicated servers and massive bandwidth than VPS offerings. The cheapest VPS plan from LeaseWeb starts at €4.95 Euros. This VPS plan includes 1 CPU core, 1 GB of memory, 40 GB of SSD storage, and 4 TB of bandwidth.

All three of the web hosts above operate more than one datacenter. They also operate in more than one country. If you use a credit card, please remember that you may incur foreign transaction fee if the currency is different from what you usually use.