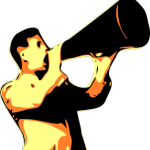 DigitalOcean has announced the availability of block storage. The cost is $0.10 per GB per month. The SSD block storage volume varies from 1 GB to 16 TB and can be moved between different “Droplets”.

NEW YORK – July 13, 2016 – DigitalOcean, provider of the cloud computing platform designed for developers, today released Block Storage, the number one product request from customers. Block Storage is a highly available and scalable SSD-based offering that will enable developers to easily attach extra disk space to DigitalOcean Droplets (cloud servers). DigitalOcean’s Block Storage costs $0.10/GB per month and is based on provisioned capacity only, therefore there is no need for complicated formulas to determine the overall cost for transactions or IOPs limit.

DigitalOcean was founded in 2011 with the mission to simplify the complexities of infrastructure by offering one simple and robust platform for developers to easily launch and scale their applications. The company has taken a “developer first” mentality and is now evolving its platform to further support the business needs of the developer. DigitalOcean has become the second largest and fastest growing cloud computing platform in the total number of public facing apps and websites, according to Netcraft. More than 700,000 registered customers have launched more than 18 million Droplets combined on DigitalOcean, nearly doubling from 10 million six months ago.

“We set out on a mission to build a simple and robust cloud computing platform so that engineering teams can spend less time configuring and automating their infrastructure and more time focused on software development,” said Ben Uretsky, co-founder and CEO, DigitalOcean. “By adding a highly performant Block Storage offering to our platform, developers can easily deploy and manage their SaaS applications and businesses as they scale. This is one step closer to building the next generation platform.”

Block Storage is a complementary product to DigitalOcean’s Droplets, which provide compute power and local storage, by making them more expandable and flexible. By attaching Block Storage to DigitalOcean Droplets via the control panel or API, developers can achieve the following benefits:

High Availability: Block Storage stores data on hardware that is separated from the Droplet, replicating it multiple times across different racks and reducing the chances of data loss in the event of hardware failure.

Scalable and Flexible: Developers can easily scale and resize SSD-based Block Storage volumes from 1GB to 16TB and move it between Droplets. The ability to attach extra Block Storage to Droplets dramatically increases their flexibility, enabling developers to scale applications, databases, binary assets, shared and distributed filesystems and more.

Reliable and Secure: All the data is encrypted at rest and transmitted to the Droplets over isolated networks.

GitLab developer Patricio Cano said: “Storage is a very real challenge for big teams or teams that work with lots of data. Storing assets will always take a lot of space which usually forces people to prioritize what they want to store or spend increasingly more money for each additional unit of storage. Using GitLab’s GitHost as an example, without Block Storage, the amount of disk space an instance has is tied together with the plan the customer selects. With Block Storage, customers can now choose the right plan based on their team’s needs (amount of RAM and processors) without having to worry about limited disk space, because they can now add up to 16TB of extra storage. For GitLab and our customers this is great news. We’re excited to see how Block Storage in conjunction with Git LFS will enable users to easily store and version control their files.”

Mesosphere Co-founder and Chief Architect Benjamin Hindman said: “Developers across all platforms want simple, high-performance cloud storage like what DigitalOcean offers with its new Block Storage service. We’re excited to work with DigitalOcean as part of the open source DC/OS storage interest group, in an effort make Block Storage available for DC/OS users, and to improve the overall storage experience for developers.”

Read the tutorial on how to use Block Storage: https://www.digitalocean.com/community/tutorials/how-to-use-block-storage-on-digitalocean

Digital Ocean, Inc. (http://www.digitalocean.com / @digitalocean) is a cloud infrastructure provider focused on simplifying web infrastructure for software developers. The company is headquartered in New York City with data centers throughout the world. For more information, please reach out to press(at)digitalocean(dot)com.