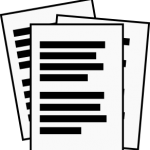 Capital expenditures by Rackspace has decreased since last year. Rackspace only spent $78.8 million compared to the different quarters last year where Rackspace was spending from $90.2 million to $151.6 million dollars (refer to their statement for full info).

“During the fourth quarter of 2015, we decommissioned approximately 2,400 servers in order to replace older, less efficient gear and also as part of the migration of customers from existing data centers to our new London data center. The process of replacing older, less efficient gear continued in Q1 2016 as approximately 1,600 additional servers were decommissioned.”