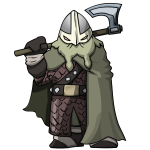 When a site experiences a DDoS attack there can be many reasons. The following are the most logical and reasonable explanations of why a DDoS would take place.

If a site were to publish a controversial political topic then the site may face a DDoS. Politics can cause people to get angry very quickly if the other side has different views. Sites that publish political content attract more viewers, more trolls, and if any person gets really mad, a DDoS attack could occur.

Some online business experience a DDoS attack that can knock their ecommerce store offline unless a ransom is paid. Some DDoS attackers target specific stores that may have a lot of money and would want to pay the ransom to stop the attack rather than try to defend against it. The cost to defend may be more than the ransom amount.

Your online nemesis or competitors may attack your site. If they can make your site go offline for a few hours or days than it would cost you some sales. Competitors that feel threaten or do not like you would order an attack on your site to try to help boost their own sales.

You may have an undesired stalker or someone that hates you. You may of had some limited interaction with the other party via some site and now they want to attack you. Simple arguments can lead to a DDoS attack if you get into word wars with another party that has nothing else to do but attack you.

You may of ordered a new hosting account, VPS, or dedicated server with an IP that was used by someone that has a lot of enemies. These people are now attacking you because they think you are someone else.

These are the most common reasons why a site could experience a DDoS attack. Sometimes you may never find out but if you think you fall under any of the above reasons than you may want to think about making sure your web host has a defense against a future DDoS attack.