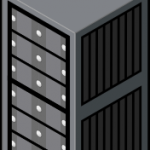 So who provides web hosting for Facebook.com? Facebook is there own web host nowaday. Facebook has their own ASN number, AS32934. Facebook owns over 90,000 IPv4 addresses that they use in one way or another. When Facebook started out they may of not been their own web host but were renting servers from different datacenters.

Now that Facebook is a multi-billion dollar company. They run their own datacenters and are present in at least 43 internet exchanges. Facebook pretty much has their own network and datacenters to support their internet presence.

So if Facebook is their own web host, who are the different networks that Facebook get their bandwidth from? Facebook has IPv4 internet connections with: Telia, NTT, Telecom Italia Sparkle, Zayo, Level 3, PCCW, Cogent, Tinet, Tata, Copel Telecom, and Torres e Anselmi, are a few of the company’s that provide the fiber connection to Facebook. For IPv6 connections, Facebook uses: Hurricane Electric, Korea Telecom, Qwest, Telia, Tinet, NTT, Telecom Italia Sparkle, Level 3, Zayo, Cogent, and PCCW, are some of the IPv6 providers. Facebook has over 100+ connections to different ISPs from around the world.

The number of servers that Facebook is using is also in the thousands. Facebook is their own ISP (tfbnw.net) and web host.