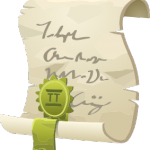 Question: Will installing a software script that is not popular get my web site hacked?

Answer: It really depends on who made that script and whether or not they are maintaining it still. If the software script you are contemplating on installing and using is being developed by someone that is security oriented than it should be fine. But it is not exactly easy to tell who is behind the software is security focus or just someone random that decided to give it a go at programming.

The increase chances of an exploit

-The software script’s website hasn’t been updated or there are a lot of pages that are broken. If the software script’s homepage is broken and it has been a while since an update or no one has fixed it or is answering your questions then you should avoid it. It is one thing to have a site not fully functioning for a few days but for weeks or months is another. If the developer can’t maintain the site what you makes you think the software is secure?

Use it or not?